There’s a little bit of Austin at 61 High St. in Hampton

When Shane Pine’s daughter Makayla moved to Austin in 2012, he visited the Texas capitol of cookout numerous times and fell in love with its barbecue —heavy on dry rub. 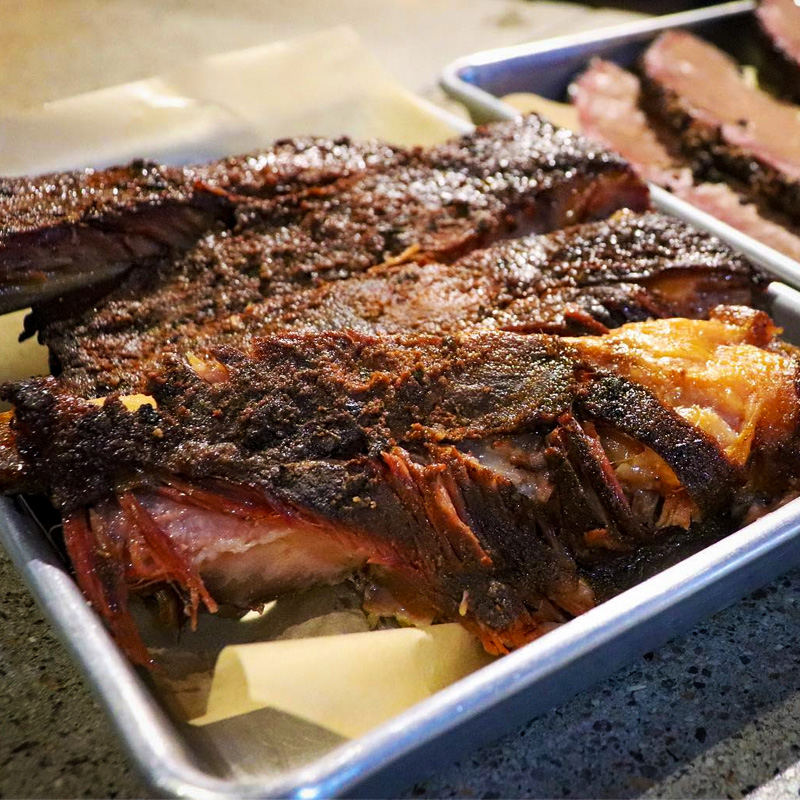 “It’s the Texas way,” Shane says. “They try to adhere to barbecue through the smoking of the meats and using dry spices—not the traditional wet barbecue sauce.” (Although you can get that on the side if you’d like).

In 2018, the time was ripe for Shane to bring the barbecue he admired home to tempt Hampton’s passionate palates.

“I wanted to bring something as close to that tradition as I could to New England,” says Pine.

It seems to be working! People love the tacos and brisket, he says. And they love the dry rub ribs.

So, even though Makayla might still be in Austin, there’s a little bit of Austin at 61 High St. in Hampton as well.